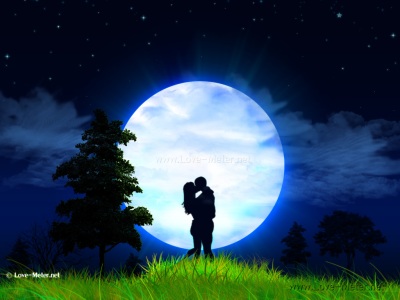 My book Telesa is YA fiction. Romance. Which means there’s a girl. Who falls in love with a boy. And they have to overcome all sorts of obstacles to be together. And of course there’s another boy who’s also in love with the girl. And the girl is a little bit conflicted between boy 1 and boy 2. ( of course. But I promise that neither of the boys turn into hairy overgrown dogs or want to drink her blood). And there’s bad guys – or – in this story, bad women. Who do lots of bad stuff because they have some really bad plans. And there’s a really big showdown at the end where deep dark secrets get revealed and people die. ( Only i wont tell you who. You have to read it.)

The key word in all that jumbled 1st paragraph is: ROMANCE. And where there’s romance, there’s usually overtones of lust…skin…passionate looks…a runaway pulse…and (at the very least) kissing. Which means SOMEBODY (meaning ME) has to write all that stuff. And then put my name on the book cover for people to read. People like…my Bishop at church, the teenage girls in Youth that I prepare lessons on chastity and virtue for, the women in my Sunday School class, my old English teacher, all my aunties and uncles, parents of every teenager I have ever taught or will one day teach, the man who will interview me for that ever elusive job at Subway…my children, my DAD. I ask you, how in hell does anybody write anything lust-laden when they start thinking of all those people who might read it? Or who might not read it but will stage public burnings of it because it’s the work of Satan?

When I first started writing Telesa, my older children were key players in the project. I bounced ideas off my son – who is a voracious reader and a pretty decent writer himself. (I suppose by acknowledging him I’ll have to give him 50% of my sales now.)And I would read out finished chapters to my two daughters who were totally entranced. Harry Potter at bedtime was forgotten as they would plead with me to ‘pleeease read us what you wrote today!’ (Thats why you need to have some children – so that you can say, ‘Readers are choosing my book over Harry Potter, no lie.‘) My girls loved hearing about Leila as she arrived in Samoa, settled in with her Samoan aiga, started school, went to watch her first rugby game, met Daniel, noticed his dancing green eyes, his rippling muscles and the way sweat trickled down his chiseled back and how his ripped shorts clung to the delicious curve of his hip, the taste of his lips when they kissed, the burn of his hands as he….ummm oops. Right thats enough Telesa storytime for tonight girls, off to bed! Yes, once elements of boy-meets-girl-lets-hold-hands-and-kiss-in-the-sunset-forever showed up in Telesa – I couldnt read it to them anymore without chopping out big censored chunks of it.

Worrying about my future readers tender minds started getting in the way of my writing as well. I’d finish off a deliciously taut scene absolutely crackling with chemistry – and then cringe as I clearly visualized my parent’s horrified/bemused/confused looks, the way their shoulders would slump as they asked each other, “What happened to our daughter? She had so much promise…she was supposed to be writing a Pulitzer Prize winning novel of piercing intellect and truth. Instead, she comes up with this crap full of half-naked boys. And a girl who keeps catching on fire and burning all her clothes off. A girl who thinks that boys are more important than schoolwork?! Thats NOT what WE taught her!”

So how did I do it? How did i write about kissing and other steamy stuff? I lied.

I told myself any number of the following –

* You have no children. No parents. No friends or peers. Its just you writing this story about Daniel and Leila. Nobody else. There is nobody else and nobody else matters but this story.

* You aren’t going to show this book to anyone. You are going to put it in a cardboard box and when you die, HRH will publish it posthumously. And he and the children will be filthy rich – because everybody knows that books published when you’re dead are always amazingly successful. (hello, girl with the dragon tattoo…)

*You are going to publish this book under a fake name. Like, ‘Cherry Luscious’. Or ‘Sina Sunset’ or ‘Storm Went’. And when everybody is talking about how crap it is, you’re going to talk the loudest about how crap it is. And then drink copious amounts of Diet Coke and cry in the privacy of your wardrobe. ( which is the only place I can get any ME-TIME in this household of attentionsucking leeches.)

And that is how I successfully managed to write a YA fiction novel thats got a lot of kissing, skin touching, and 101 different ways to describe Sonny Bill Williams half-naked torso. Oh yeah, and love. Lots of soul stirring, earthmoving, moon shining LOVE. Now my next problem is – how do i write Book Two? Where people are kinda supposed to move from base 2 to 3 to hitting a home run? All with lots of LOVE?

8 thoughts on “Telesa Tuesday: The Secret to Writing about Kissing. (and other steamy stuff)”