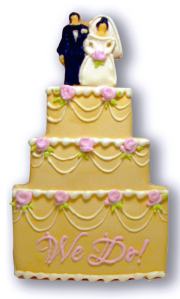 I have a confession to make. It has to do with BYU (Brigham Young University, USA), Mormons and getting married. It goes a little something like this.

I used to think that BYU was a university where Mormons went for the sole purpose of getting married. Not only that – I used to think that finding another Mormon to marry was the ONLY reason why anybody would want to go to school there. Whenever BYU would come up in conversation, I would scoff and cast aspersions upon its academic worth. Whenever anyone asked me if I was planning to go to school there ( which happens a lot when you’re a teenage Mormon living in the USA and applying for colleges…) – I would look horrified at such a RIDICULOUS assumption. Insulted. I would be like…’What?! Are you nuts? No, of course Im NOT applying there! Unlike those Mormons, I’m going to university to LEARN. So I can get a REAL degree in important stuff. Im not out to be married, barefoot and pregnant in the first year of my degree. No way! Im an intellectual who’s going places! (And so I went to Georgetown instead and did lots of academically challenging things. Like cut class so I could hang out with too many steaming hot basketball players. )Yes, I was very dismissive of BYU.

Now in my defence, I have my parents to largely blame for my discriminatory attitude towards BYU. They’re the ones who kept telling us that it was a school for academic wussies that only cared about finding a fairytale romance. My parents have four daughters and it was always their greatest fear that we would get married, quit school before getting any qualifications. And then voila – we would be barefoot and pregnant, baking bread and sewing quilts. Time and again they would tell me, ‘Lani, its all about choices. A lot of girls who go to BYU will just get married, start a family and never finish their degrees. And then when they’re stuck with a deadbeat husband who beats them, they wont be able to leave him because she’s got no job, no skills, zip, nada, nothing. Don’t go to BYU.” (I was obedient. I went to Victoria Uni instead, got married at the end of my first year and look at this beeeyoootiful quilt I just finished making ! And my GF bread is to die for…) So, all the BYU-ers out there, don’t get mad at me for being a former BYU-basher, blame it on my parents! ( Thanks to my parents I also have a degree. And they are very relieved that Im married to a wonderful NON-abusive husband, whew!)

Now Im older and wiser. And I have a teenage son who in a few short years, will be looking at universities. A son who announced that he wanted to go to BYU when he grew up. And my initial knee-jerk reaction was, “Eeeew! Yuck! Why?” And I started pondering 101 ways to change his mind. Without him realizing I was changing it for him. ( Parenting…all about manipulation u know…) I started doing buckets of research about BYU’s academic record – and was pleasantly surprised to discover that it was the absolute opposite of abysmal. Okay, so maybe I was a teensie weensie bit wrong on that one. I opened my mind to the POSSIBILITY that BYU might be a decent school for my children to go to.

And then several things happened to confirm it. In the space of the last month. My son got himself a girlfriend. ( Read all about THAT angst in a previous whiny blog post.) And a BYU basketball player made headlines – he was kicked off the Cougars team because he broke the school honor code by having sex with his girlfriend. Wow. I was blown away. Because I have been a teacher at several different high schools and had to see star rugby players getting preferential treatment time and time again. Just because they could kick and run and tackle really really good. I have seen rules bent for them. Standards skewed for them. Excuses made for them. And it has totally driven me nuts. BYU’s code of conduct has me in humble awe. I salute a university that has the moral courage to hold its students to a higher standard. Without exception.

2 thoughts on “Confessions of a BYU Hater.”